A JEWEL OF THE 15TH CENTURY

The historic residence Corte delle Dame, also known as Residenza Castiglione 47, is located in a historic house of the 15th century in the centre of Bologna (LTZ) just a short walk from the Due Torri and Piazza Maggiore.

The apartment is made up of one double bedroom, an open space divided in a living room with a three-quarter size sofabed and a kitchen area, and one shower bathroom.
The apartment is intended for the exclusive use of the guests and has an independent entrance with large and well-lit windows looking onto the 15th century colonnaded inner court.
The Residence is fitted with autonomous heating and ventilation. The Residence has no parking space for its guests but it is possible to park up to 4 bicycles (bicycles are not provided) in the reserved parking lot. The nearest car park, EX-Staveco, is in the vicinity of the Residence.
Maximum capacity: 3 adults + 1 under 12 child + 1 craddle

The apartment is located on the first floor without elevator. Corte Delle Dame has no breakfast service. Both smoking and pets are prohibited.

Final cleaning is requested only for the kitchen area.

Adjustable ventilation in all rooms

Reserved parking lot for up to 4 bicycles

Books on the history of Bologna 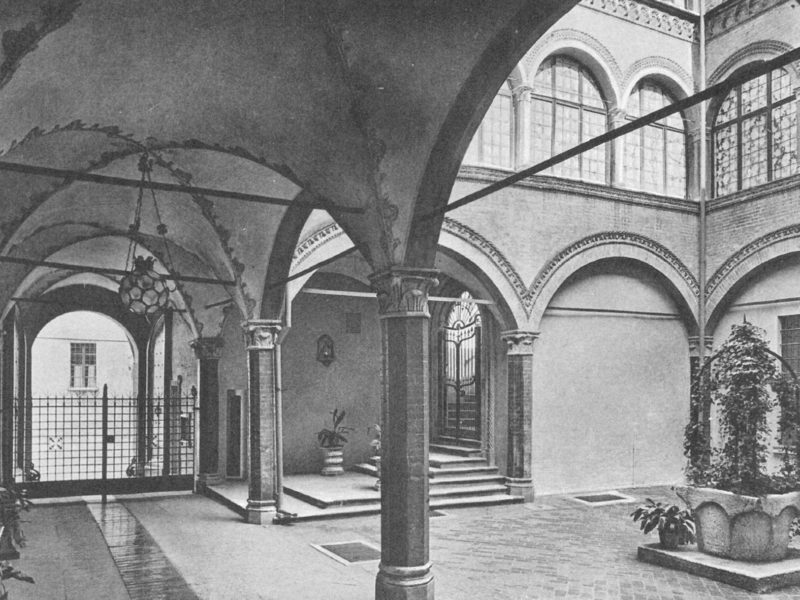 This jewel of the 15th century next to the Torresotto Casa Bolognesi, owned by the family of the same name since 1928, can be found along Via Castiglione. Considered to be one of the most charming streets of Bologna by many a tourist, Via Castiglione turns and bends gently from Via Farini to the Voltone di S. Lucia with its well preserved historic architecture, the arcades of its columned porticoes, the beauty of the inner courts thus embracing the visitor in a timeless athmosphere filled with fascination.

Information concerning this building dates back to 1456, when the Duca Dolfoli purchased it and got permission to build two pillars and a covered walkway in front of his house. It is therefore in that period that this finely structured building was embellished with its well proportioned stone facade decorated with fretwork and a rich cotto ledge. Over the years the building was owned by a number of proprietors and later on was also destined to house a Istituto per vedove e fanciulle nobili bolognesi (a foundation for widows and noble young ladies from Bologna), the Collegio dell’Umiltà or Ritiro delle Dame, from which the picturesque adjacent alley Vicolo delle Dame takes its name.

At the present time the Bolognesi family has been keeping the building in excellent conditions, also thanks to a valuable work of restoration of the double mullioned windows of the facade.

However, the most evocative part of the building is certainly the intimate court with its double loggias and the characteristic crenellation and refined well positioned in its centre. The harmonious architecture of the court and abundance of terracotta decorations are a perfect example of the sophistication and refined taste of the historic houses of Bologna. 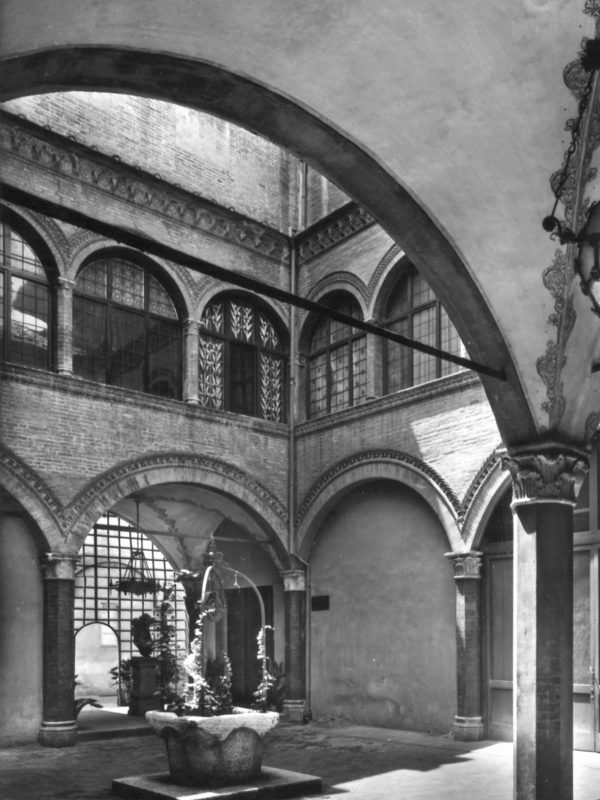 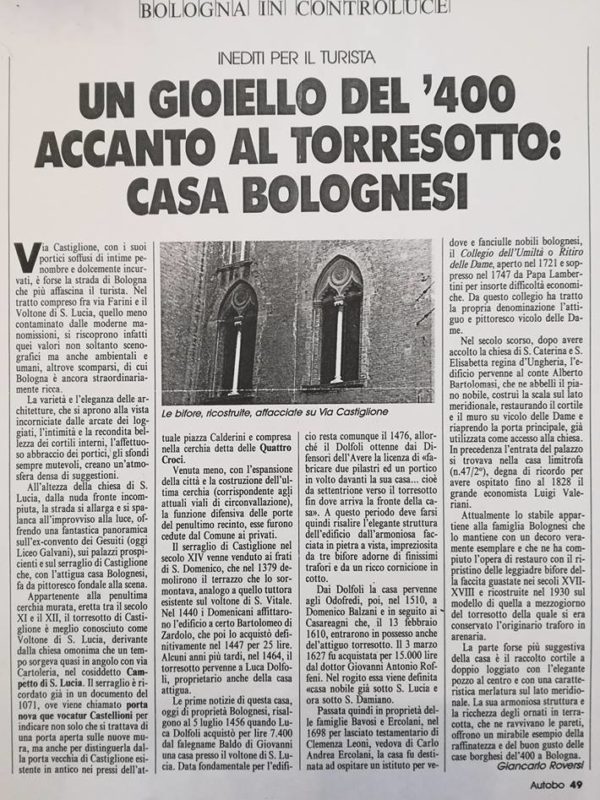 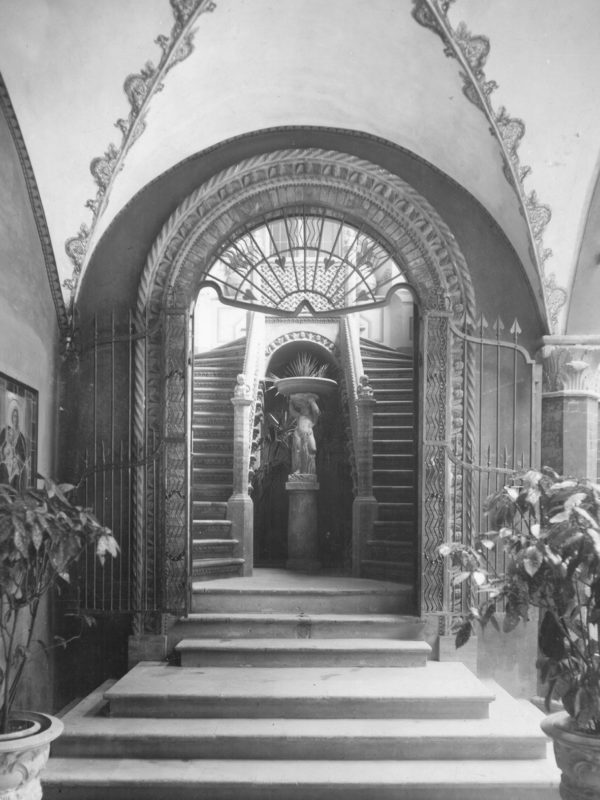 Walking around in the centre 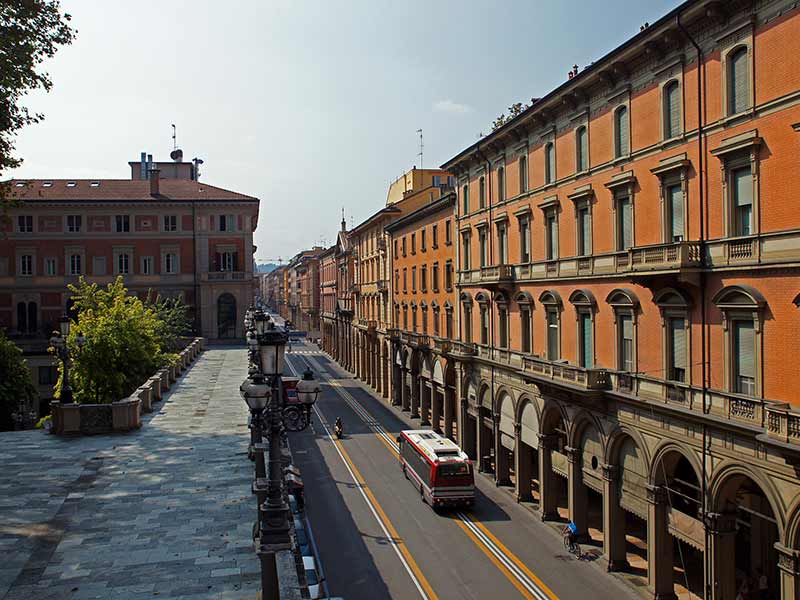 PAYMENT IN CASH UPON ARRIVAL

An additional fourth sleeping place is possible solely for children under12 years of age in the spaces already available.

An additional craddle, for children aged 0/2, is also possible upon the payment of 10 EUR per day.

Are you interested in a trade show in particular?
You can check the CALENDARIO DELLE FIERE DI BOLOGNA.

Please, consider that the Tourist Tax should be added to the cost of the apartment.

A supplementary cost of 50 EUR per night (irrespective of the number of the guests) is also added during the main trade shows and events taking place in Bologna as well as the feast days listed below:
Easter
Christmas
New Year’s

Please, contact us at our email address info@cortedelledame.com  for any enquiries and reservations.(English is also spoken)

APARTMENT FOR TOURISM PURPOSES ONLY. IT IS STRICTLY PROHIBITED TO ORGANISE PARTIES AND/OR INVITE PEOPLE WHO ARE NOT GUESTS OF THE RESIDENCE.